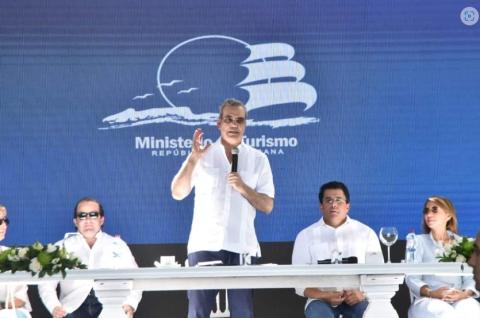 President Luis Abinader and the Minister of Tourism, David Collado, have given the go-ahead for the reorganization of Sosúa Beach, with an investment of more than 600 million pesos. We are told that the work, carried out by the Executive Committee for Infrastructure in Tourist Zones (CEIZTUR) of MITUR, will have a positive impact on all activities on the beach, including better management of the beach and will encourage investment. This project includes restoring the beach, equipping toilets and organizing the souvenir sellers and bar/restaurants on the beach. Traffic will be better regulated, the current land owner has given up some of his land to build a 300 space car park.  We are yet to learn what he expects in return.  Access to the beach will be improved, security cameras are being installed and "amusement centres" are being better regulated. A project management will also be set up which will monitor the sustainability of the developments on the beach.

According to the president, Sosúa has been in a downward spiral since 2004 and I take that a bit personally because that's the year I moved here full time!

The president is quoted as saying "With this project everyone wins, merchants, the community and national tourism; as the number of tourists in the country and region of Sosúa will increase".  Minister Collado indicated that the government, through the Ministry of Tourism; will provide training and education to salespeople, as well as financing for their businesses.